Nowadays, everyone has at least one printer in their home and office. It’s safe to say, we can’t live without a printer anymore. So, the printer repair service professionals decided it would be best to examine two types of printers – laser and LED down below.

Laser printers are very popular for customers at copier repair. These types of printers are available in various sizes from smaller personal ones for the home to very large printers for companies. Laser printers offer the highest quality print when printing text and simple graphics but they’re also very pricey compared to inkjet printers. Essentially, the printer repair service experts tell us that a laser printer works by initially putting an electric charge on a rotating drum.

Then, a laser discharges a lower electrical charge onto the drum. Intrinsically, the laser draws the image that is going to be printed onto the drum itself in an electrostatic manner. Afterward, the drum is covered with a powder commonly known as a toner and as the drum is coded with the image, the toner powder only sticks to the places where the laser has placed the charge. Later, while the paper is being fed through the printer, the toner is carried onto the paper. Lastly, the paper goes through the fuser unit which heats it up to an extreme temperature and cooks the toner powder onto the sheet of paper. The outcome is a high-quality print that can’t be beaten in durability and quality.

A laser printer is better than an inkjet printer since it can print at rapid speeds and it can also print warm and dry, which results in no smudging. The printer repair service professionals say laser printers have the benefit of not having a printhead that can obstruct if left idle or just not being used for extended periods of time without use.

Again, since the laser printer uses power rather than ick they can be left idle for extended periods of time without any problems happening.

The LED printer is the most recently developed printer. These work in the same way as a laser printer except that the laser and mirrors take the place of the various LEDs or Light Emitting Diodes. The LEDs produce a charge on the drum line by line to create the printed image and then the toner is attracted to the drum in the same way it is completed with the laser printer. The paper goes through the drum unit and onto the paper. Eventually, the paper heats up to an extreme temperature by the fuser and it is cooked onto the paper.

Plus, LED printers are a lot quieter than laser printers since they don’t have rotating mirror assembly. Furthermore, an LED printer is more reliable and has a longer lifespan.

Tags: copier repair, printer repair service
Previous Post Learn About the Benefits of Maintenance From the Printer Repair Service Company in Los Angeles
Next Post How Do I Know if It’s Time to Replace My Printer? 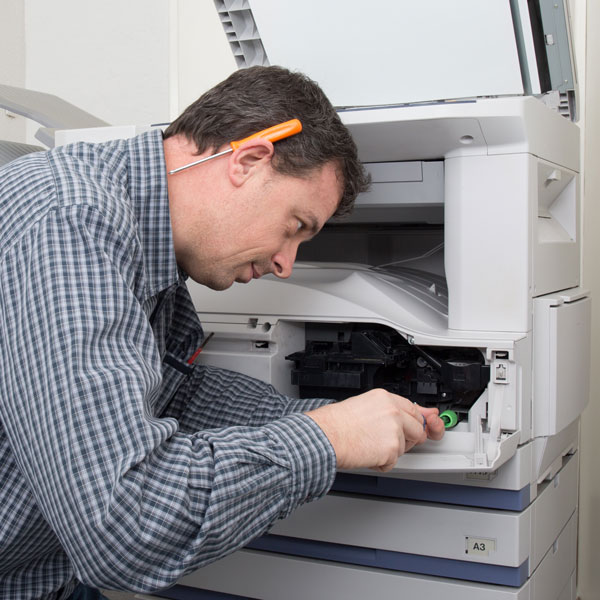 Are you excited?Call Us for Service Today and Receive a 20% Discount!